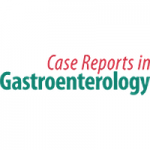 Constipation is frequent amongst infants who have undergone surgery for anorectal malformation (ARM). Faecal retention, due to a dysfunctional enteric reflex of defaecation, can cause abdominal cramps, pseudoincontinence and, in the worst cases, megacolon. Prokinetic protocols are used to stimulate at least 1 bowel movement per day, including laxatives, enema, stools softeners and dietary schedules. While osteopathic manipulative treatment is adopted in adults for functional constipation, it has not been described for infants. Herein, we report the case of an infant undergoing anorectoplasty for a low ARM who was referred to the osteopath 2 years after the onset of severe constipation associated with pseudoincontinence and abdominal cramps and was refractory to the prokinetic protocol. In a child with a good ARM prognosis, autonomous daily bowel movements should be achieved. In this child, the imbalanced tension of the pelvic floor and immaturity of the parasympathetic plexus led to a functional alteration of the defaecation reflex. After adjunction of osteopathic manipulative treatment (OMT) to the therapeutic panel, the constipation showed gradual remission, with acquisition of autonomous defaecation 4 months after the therapy began. This suggests the importance of investigating the efficacy of OMT inclusion in the postsurgical prokinetic protocols for ARM patients with a good prognosis. 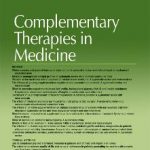 Background: The delayed transition from gavage-to-nipple feeding is one of the most significant factors that may prolong hospital length of stay (LOS). Osteopathic manipulative treatment (OMT) has been demonstrated to be effective regarding LOS reduction, but no investigations have documented its clinical validity for attaining oral feeding.

Objectives: To assess OMT utility regarding the timing of oral feeding in healthy preterm infants.

A new perspective for somatic dysfunction in osteopathy: the Variability Model 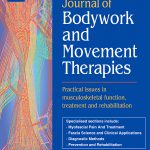 Introduction: Osteopathy uses manipulative techniques to support physiological function and adaptation. These conditions are modified by the presence of Somatic Dysfunction (SD), an altered function of the components of the body’s framework system. Despite SD’s widespread use in clinical practice and education, research has previously shown poor results in terms of reliability and validity.

In this theoretical article, the authors’ proposal is to argue for a new clinical perspective for SD, which suggests a different palpatory assessment of its clinical signs: the “Variability Model”. […]